To get a glimpse of a true professional and the dedication that he brings to his chosen craft, one need not look any further than Edward Norton.

An ordinary boy, Edward Harrison Norton was born to parents Lydia Robinson and Edward Mower Norton, Jr. His mother worked as an Enligh teacher while his father was an environmental lawyer and conservationist. Along with two other siblings, James and Molly, they spent their younger years in Boston, Massachusetts. 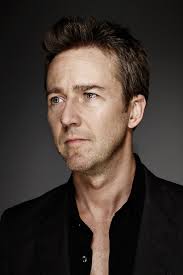 As a young child, Edward developed a srong affiliation towards acting. At the tender age of five, he had already known that it was his calling. His life would then float in and out of acting oppotunities. Whenever he could, he would involve himself in the field by attending theater schools, classes, and activities. His passion for the craft radiated from him, so much so that even after graduating from History from Yale, he went on to pursue acting.

Edward Norton landed his first acting job on the movie Primal Fear, for which he won the Golden Globe for Best Actor in a Supporting Role. Starring alongside a number of heavyweights such as Richard Gere and Frances McDormand, he took the first steps that would then unknowingly start his journey. Beginning with that first big break, roles started pouring in for the determined hopeful. One of Norton’s most recognizable roles hails from the film American History X. Norton astounded the audience with his portrayal of a neo-nazi and the physical changes he underwent in preparing for the role. Following American History X, another highly-recognized role of his emerged. Starring alongside Brad Pitt and Helena Bonham Carter, Norton played an ordinary man, who, in need of a complete change in his life, chances upon the edgy Tyler Durden. Together they form a secret fight club in which both their lives will change forever.

Aside from films, Edward Norton is also an environmental advocate and an Ambassador for Peace. Working hand-in-hand with the United Nations, he is dedicated to social and environmental activism. As the president of the President of the Board of the Maasai Wilderness Conservation Trust, he works closely with communities in East Africa in the hopes to preserve the ecosystem by developing highly sustainable resource based-income that hails from all-natural sources.

Allowing his passions to move him forward, Edward Norton is a true example of how a passion can transform into somthing greater.