Lang Lang is considered one of the most consummate and thrilling pianists in the field of classical music.  Born in Shenyang, China, he played the piano at the age of three and the rest, as they say, is history.  He now performs with foremost orchestras all over the world, including the Vienna Philharmonic, the Berlin Philharmonic, and other world-class orchestras.  He has performed in China, the United States, and Europe.

He is considered by many as the most exciting and biggest piano prodigy today, because of his incredible talent, stunning technique, flair, and charisma.  He is said to be both a rock superstar and a classical prodigy – a combination that has won him critical acclaim and a broad base of followers.  He is considered not only as an exceptionally gifted classical music artist but as a celebrated pop phenomenon as well. 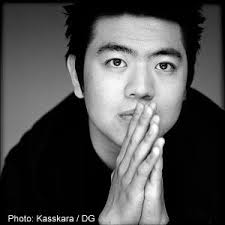 Time magazine has included him in their list of the 100 Most Influential People in the World for 2009. Gramophone Magazine has him in their 2012 Hall of Fame.  The Recording Academy has named him their Cultural Ambassador to China.

In 2008, Lang Lang put up the Lang Lang International Music Foundation with the goal of promoting the social development of the youth through music performance. The foundation aims to help in the bridging of gaps amongst various cultures and uniting diverse communities through music.

Lang Lang has been acknowledged for his commitment and zeal to mobilize support to improve the lives of children all over the world.  He has been working passionately as the Goodwill Ambassador of UNICEF for almost ten years now.

Lang Lang has been conferred the honor and responsibility of being one of the United Nations Messengers of Peace, with the particular focus of helping the organization provide education for the youth. He joins Daniel Barenboim, Paulo Coelho, Leonardo DiCaprio, and other distinguished figures as advocates in behalf of the United Nations.

The United Nations considers education as essential to achieving sustainable and flourishing livelihoods.  It is not a privilege to be enjoyed by a handful but a basic human right to be upheld.  It should be at the core of all development agendas –whether social or political.  Lang Lang’s focus as a Messenger of Peace is to help increase awareness of the United Global Education First Initiative and its three basic objectives – to provide education to every child, to advance the quality of learning, and to foster global citizenship.