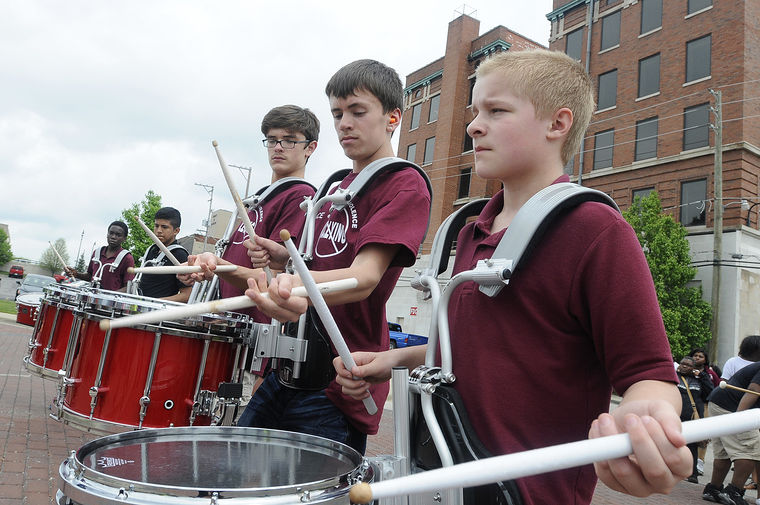 Drums echoed down East Court Street, piercing through Kankakee, IL stronger than a gunshot. It wasn’t a war cry. It was a demand for peace.

About 80 Kankakee High School students marched through the city’s downtown Wednesday morning to speak out against violence. It was part of Kankakee school district’s first Peace Day, in which students from all of its schools walked through neighborhoods in protest.  Read more… WASHINGTON — The Colombian Embassy is concerned that lowering the price of a major cancer drug may jeopardize American funding for peace talks in the South American nation, according to a leaked embassy memo.

In his letter to Colombian Minister of External Affairs María Ángela Holguín, Flórez suggested he felt pressure from both the Office of the U.S. Trade Representative — a division of the Obama White House — and members of the U.S. Congress with ties to the pharmaceutical industry.  Via huffingtonpost.com The unprecedented escalation of hostilities on the frontline between the armed forces of Azerbaijan and Armenia on April 2–5, 2016, brought the Nagorno-Karabakh conflict back onto the international community’s agenda. Four days’ fighting once more reminded the world about the urgency of resolving this very complex, yet at the same time very dangerous conflict in the center of Eurasia.

The OSCE Organization for Security and Co-operation in Europe (OSCE)’s Minsk Group was created in 1992, and the co-chairmanship institution (with Russia, France, and the United States co-chairing) was introduced in 1994 in order to carry out mediation between Armenia and Azerbaijan to find peaceful resolution of the Nagorno-Karabakh conflict. However, despite more than two decades of negotiations, OSCE mediation has failed to deliver peace to the region.  Via nationalinterest.org Saudi Arabia will send troops into Sanaa, the Yemeni capital, if peace talks between the Saudi-backed government and Shiite rebels fail, a military spokesman said Wednesday, raising the specter of extended conflict.

The expanded operations against AQAP take place as the United Nations struggles to bring about progress in the Kuwait peace talks. This week, Houthi leaders accused Saudi Arabia of violating a recently announced truce. Asiri, meanwhile, said that rebels had fired two Scud missiles at a Saudi city this week.

“We cannot leave Yemen in a gray area without having a final result,” he said. “Otherwise, we will see the Libyan model in Yemen.”