Life and Works of Paulo Coelho

Paul Coelho born in 1947 is nowadays widely known for his bestselling novels The Alchemist and The Pilgrimage. Apart from being an author, Coelho is also an Ambassador for Peace of the United Nations. The charming and witty author joined the United Nations’ Messengers of Peace with the likes of Stevie Wonder, Leonardo DiCaprio, and Jane Goodall back in 2007.

Originally from Brazil, Coelho has been actively combating poverty and helping the marginalized at a very early age. Coelho strongly advocates for Peace and Intercultural dialogue Paulo Coelho starting with Brazil and spreading his influence worldwide. His books have been a great source of soft power in promoting his cause having been translated to more than 65 different languages and having sold millions of copies around the world. Apart from his primary role as Messenger of Peace, he is also part of UN’s “Network of Men Leaders” fighting to end violence against women through shared values and culture among citizens. 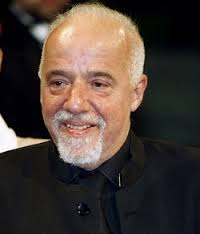 Being a native of Rio de Janeiro, Coelho knows how it feels to live under a regime of a dictator and holds intercultural dialogue very close to his heart. As a youngster he was arrested three times and is familiar with the feeling of having his freedom deprived. Realizing that his books were being read all over the world Coelho knew that he was touching other people’s lives while sharing his experiences. He saw how culture created a gap yet still brought people together at the same time. In his belief, it is easier to bring down the economic and political barriers of people with shared values.

As a child Coelho always dreamed of being a writer, this made him an introvert eventually leading his parents to confine him in a mental institution at the age of 17 where he was later on released at the age of 20, but not after having escaped three times. Later on he enrolled in Law School at his parent’s hopes but dropped out after a year. He then lived a hippie life travelling throughout the world. Upon his return to Brazil he began composing music with several famous Brazilian musicians. However during this time there was a dictatorship in Brazil and he was arrested for subversive content in his lyrics. In 1986 did the pilgrimage of Santiago de Compostela, in the autonomous region of Galicia, Spain. This event turned his life around and became the influence of his successful novel, The Pilgrimage.